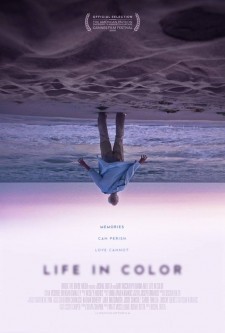 Samera Entertainment and SCMN Consulting present a harrowing vision of lost memories and self-discovery with "Life In Color". Set to screen as part of The American Pavilion Emerging Filmmaker Showcase at the 2018 Cannes Film Festival

LOS ANGELES, May 4, 2018 (Newswire.com) - ​Directed by Bishal Dutta, and co-written by Dutta and Matt McClelland, “Life In Color” stars Bart McCarthy as a closeted gay man suffering from Alzheimer’s. He struggles against his strong-willed daughter (Ioanna Meli) to hold on to the memory of his long lost lover. Bridge the Divide Media produced the film, along with support and backing from SCMN Consulting, Santa Monica College, and Samera Entertainment. The film has sparked discussion amongst LGBTQ advocates, as well as people and families affected by degenerative diseases such as Alzheimer’s.

The idea for “Life In Color” was first discussed between director Bishal Dutta and producer/cinematographer Matthew Lynn during a ride from Las Vegas to Los Angeles. They had just completed color grading their previous project, and speculated the next step. At the end of the four hour drive, they both agreed “Life In Color” would be their next film. The following day, Dutta took the outline of the concept to frequent collaborator, screenwriter Matt McClelland, and the writing process began.

On the subject of their film-making team’s artistic objective, Dutta said:

“Bridge the Divide Media is a collective of young artists with a precise mission statement: To speak from the heart through the language of cinema. We sincerely believe both in what we are saying and how we are saying it through the film form. For us, it’s all about honesty and sincerity.”

One way the creative team of Bridge the Divide maximizes communication and transparency is by downplaying traditional hierarchies. On the outset of any project, the cast and crew will sit down and discuss the best ways to bring a film to life. This approach was utilized on the set of “Life In Color”, and its effectiveness was proven. Due to the coordination of everyone involved, post-production on the film was significantly shorter than the typical schedule because the entire team was on the same page before a single frame was shot. Bridge the Divide is a group of creators that functions as a cinematic hive mind, a collaborative innovation that subverts the Hollywood power structure that has stood rigid throughout movie history.

Matthew Lynn offers an insightful perspective on the effect of this collaborative endeavor.

“We have transformed ourselves into a creative incubator, in which we spot promising and vindicated talent and support them through the whole process. We have been unbelievably lucky with our own mentors, and hope to help support other filmmakers in the same way we were supported, all while we continue to develop our own voices.” Every major collaborator on “Life In Color” has been affected personally by relatives struggling with dementia. These shared experiences generated a sense of solidarity among the Bridge the Divide team that went far beyond that of an average film crew. This team makes films that genuinely mean something to them, and that love for the craft is evident during the entirety of “Life In Color”, which has grown beyond its humble roots, and secured a spot as part of the prestigious Cannes Film Festival.

“Life In Color” will screen as part of The American Pavilion Emerging Filmmaker Showcase at the 2018 Cannes Film Festival, taking place from May 13th through the 15th. It is in competition with 26 other short films from around the world, both from independent filmmakers and top film schools such as Chapman University, Dodge College of Film & Media Arts, and University of Southern California to name a few. “Life In Color” will also screen as part of the LGBTQ Showcase on May 13th, which highlights achievements in LGBTQ filmmaking within the overall category of Emerging Filmmakers.

This important film is the joint effort of a dedicated creative group headed up by Dutta and producer Olivia Shapiro. Also included in the crew are cinematographer Matthew Lynn, production designer Oscar Huezo, editor Feriba Ayadi Karakoc, composer Wesley Hughes, and supervising sound editor Joseph DiMarco. Their concentrated contributions to the project have allowed “Life In Color” to thrive in the festival circuit, a journey that culminates with its premiere at Cannes.

“Life In Color” represents the Santa Monica College Film Program, of which many members of the crew are alumni, including Dutta and Olivia Shapiro, who provided her take on Bridge the Divide’s creative efforts.

“Our collective is a collaborative group of individuals who raise each other up and support each other. The entertainment industry can be difficult to navigate as a young filmmaker, and finding people that truly support each other and revel in each other’s successes is very special. I feel incredibly grateful to have worked with such genuine and talented people throughout the process of making ‘Life In Color’.”

For more information on “Life In Color”, and other films included in The American Pavilion Emerging Filmmaker Showcase at the 2018 Cannes Film Festival, feel free to click the link here: 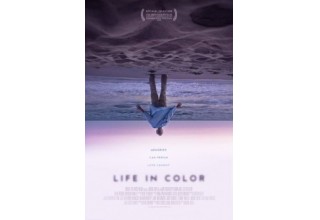 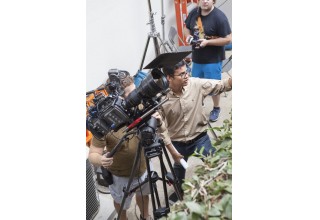 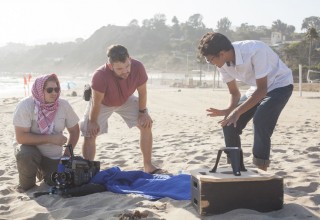 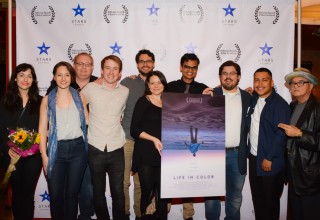