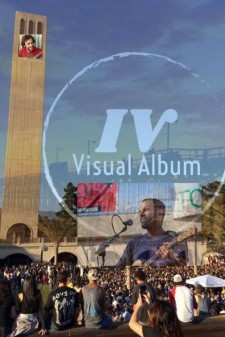 Samera Entertainment partners up with SCMN Consulting to give power to young filmmakers.

LOS ANGELES, August 2, 2018 (Newswire.com) - The focus put on business over art in recent years has made it difficult for up-and-coming artists, musicians, filmmakers, and overall entertainers to realize their creative ambitions and reach larger mass audiences. This is the story of the people behind the scenes who give indie artists a chance for growth and recognition. Recently, UCSB’s 2018 event for musician Jack Johnson sparked a seismic movement in the indie film industry - one that proves the cemented status quo, otherwise.

The honorary Californian whose soft-rock acoustic stylings already draw in a local crowd, drew more than just the tides the night of his event; he drew UCSB’s Communication Alumni Council members, Scott Carper & Leslie Klonoff, both of whom were there the day before for the UCSB’s Communication Career Day. Scott Carper, who hadn't worked in film since his first year after graduating from UCSB, was there as part of the Comm. Alumni Council. He started his day merely as a supporter of the event; little did he know that the events of the night would help shape a new found path back into the film industry and force him to expand his company. Carper’s team, comprised of alumni members like himself, are strong proponents of the idea that age is no guarantee of experience, but also that youth is not a guarantee of innovation. Talent itself should play a stronger roll in dictating opportunity and success. Carper and his team believe that current workplace ageism, especially in the entertainment industry, not only squanders advancement in art but also the opportunity for new thought.

Carper said, “I couldn't get over the persistence and passion these two students, Connor and Aurelio, were showcasing, hustling and trying to raise money for their film and get the word out any way they could. They just made an impression on both Leslie (Klonoff) and myself, and ultimately inspired us to become involved in the making of their film. The naturally magnetic feeling that drew me in from the get-go was that these young artists were inspiring me to help create after so much time away from the industry. That, to me, was proof enough that good art was on the horizon.”

Jack Johnson's involvement was mentioned initially as a concept to Carper, but in the filmmakers’ limited time frame, their story seemed too good to be true to him. However, if anything, they were modest. This idea, once thought to be a sky-high vision, materialized into Jack Johnson’s newest visual album, "Isla Vista," with Scott & SCMN Consulting serving as Executive Producer, and Sharry Flaherty of Samera Entertainment as the producer for the project. Not only has the visual album been a smash success locally, it has also been viewed and streamed thousands of times all around the world since its release. The SCMN consulting team, comprised of Matt Mattera, Marie Nowacki, Andrea Messimer Henley, Daniel Guedea, Christian Sparger, & Tessa Goetz, to name a few, helped secure funding and worked behind-the-scenes for Jack’s latest contribution to UCSB. The IV Visual album was much more than your average student project. Carper suggests that directors Connor Haines, Aurelio Lopez and producer Danielle Erwin finding the time to manage everything was a feat in and of itself. The funding for this project came from a unique group of generous people comprised (in short) of Ron Wolfe of Wolfe and Associates, Lambda Chi Alpha Alumni, and UCSB Alumni.

The "Isla Vista" project was not a one-and-done “throw of money” for Carper and his Consulting Team; it was only the beginning of their support for young filmmakers. After returning to L.A., Carper and his team worked with "Isla Vista" cinematographer/director Nik Shaw to create two live action anime films (Re: Anime Films) and has since produced and helped to fund new projects in the wildly popular anime world. These films are "Death Note: A Fan-Made Short Film" and "Naruto: Kakashi vs. Obito" (Which is slated for release sometime in 2018).

One chance encounter and a few collective eyes for talent are beginning to generate some of the best art we see now - art without the cookie-cutter style or recycled ideas of mainstream film-making but rather, with a goal of flipping the script to tell more intellectual and untouched narratives. Most notably, Carper and his associates backed the critically acclaimed film, "Life in Color," which has reached twelve film festivals in four months and continues to reach new milestones. The short film was produced by Bridge the Divide Media and was co-produced by the Santa Monica College Film Program. Samera Entertainment’s own Sharry Flaherty served, once again, as co-producer. The film fell into Carper and his team’s lap when Haines and Lopez introduced Scott Carper to former UC Berkeley student and director Bishal Dutta. Initially, when Dutta and co-writer Matt McClelland showed a rough cut of the film to Carper, the talent and potential were clear, but due to budget and time-frame constraints.

Carper was uncertain about the film, saying, “I didn’t think they could pull it off.” The finished film assuaged his concerns, however, and he recalls, “Boy, did they prove me wrong… and I’m so glad they did.”

The film does not tell an easily marketable story, but rather, explores the oftentimes unexplored themes of Alzheimer's disease, suppressed sexuality, and the emotional effect they can have on a family dynamic/father/daughter relationship. The creative and uncharted story-line made for a nuanced piece with more subjective narrative than traditional film-making. It went on to transcend the expected demographic of the LGBTQ+ community and found great success within both the Alzheimer's community and older generations who deeply felt the emotions portrayed in the film. This, combined with the financial backing and support, landed the film at the American Pavilion’s Emerging Filmmaker Showcase at the 2018 Cannes Film Festival.

Young filmmakers are the future of the entertainment industry and, when given the support and funding they need from the likes of those mentioned in this article, they get the attention of not only their audience but of their industry. With more people in this industry like Scott Carper and his team, who are tackling these hard and uncomfortable issues through thought-provoking film-making and brave investments, the opportunity for the evolution of future storytelling is limitless. 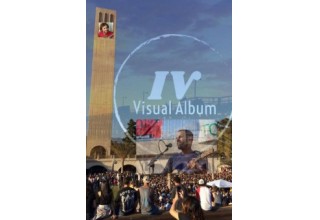 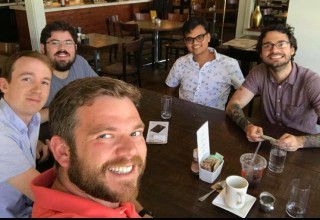 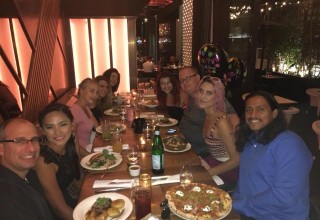 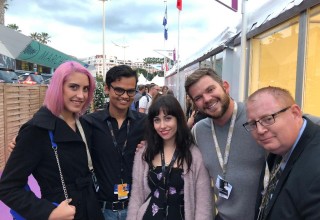