LOS ANGELES, March 25, 2019 (Newswire.com) - ​​This past February, London/Stroud Casting had three films premiere at the Santa Barbara Film Festival. One of which, BABYSPLITTERS, won the Panavision Spirit Award for best Independent Cinema at the Film Festival.

Variety had this to say about the film: “Audiences grow to care about these characters — thanks in part to the performances of the four leads. Danny Pudi is every inch the leading man the material deserves, revealing colors he hasn’t shown in previous films. Emily Chang serves up honest, heart-filled work. And both Maiara Walsh and Eddie Alfano build a delightful array of depth and dimension into their characters’ motivations ... Friedlander and editor Christine Kim achieve a John Hughes-inspired emotional energy.”

FREAKS, the genre-bending psychological sci-fi thriller starring Emile Hirsch, Bruce Dern, Amanda Crew, Grace Park and newcomer Lexy Kolker, is co-directed and written by Adam B. Stein and Zach Lipovsky. The film is currently playing at 12 more film festivals across the U.S. and Europe in March and April, including San Jose, Miami, Glasgow, Tampa and New York City. It has already premiered in many other countries, including Peru at the Insolito Film Festival where the movie won for Best Picture and 9-year-old star of the film Lexy Kolker won for best actress.

The judges at the Insolito Film Festival had this to say:

“FREAKS won for its thrilling and masterful narrative, skillful acting and surprising twists; for embodying the spirit of our festival with its fantasy and craft.”

“And Lexy Kolker for captivating the audience and taking us along for the ride of the character’s journey – her performance was an emotional roller-coaster that had us on the edge of our seats from beginning to end.”

At the FrightFest in Glasgow, Scotland, The Grump of Horror had this to say about FREAKS: “It’s a brilliantly acted, directed, written and made film, with great visuals, design and music.”

WORKING MAN is about a factory closure that threatens a small town and what happens when an older worker continues to go to his job everyday despite the shutdown. This film is written and directed by Robert Jury.

The Hollywood Reporter had this to say about WORKING MAN: “This timely drama about factory closures in the Rust Belt features a strong cast of veteran actors, including Peter Gerety, Billy Brown and Talia Shire. “Fine acting by both veterans and newcomers, along with an extremely timely subject, give the film a pungent flavor.”

“Casting each of these unique films was an interesting and challenging experience,” says Lisa London. “These films needed to find lead actors who had vulnerability and could easily access the different emotions of their characters, plus they had to understand the parameters of making an indie film.”

“We enjoy the collaboration process with each filmmaker whether they are directing their first feature film or if they are seasoned producers and directors,” says Catherine ​Stroud.

Whether they are casting a big budget feature or an “indie,” Lisa and Catherine are passionate casting directors who will do whatever it takes to get the project the best cast possible. 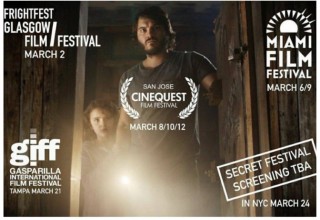 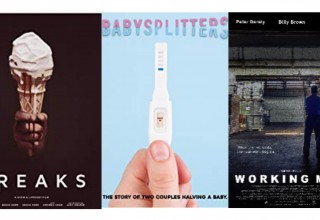