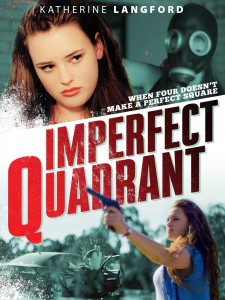 Samera Entertainment goes behind the scenes of the latest thriller from Bounty Films.

LOS ANGELES, July 9, 2019 (Newswire.com) - A run of the mill robbery turns into a bloodbath, which leads to the decimation of a band of thieves in the short suspense drama IMPERFECT QUADRANT. Directed by Pann MuruJaiyan and starring Katherine Langford of Netflix's 13 Reasons Why. IMPERFECT QUADRANT is streaming now via Amazon Prime Video in multiple languages. Join Samera Entertainment for this first-hand look at this suspenseful indie gem.

In the spirit of Ozploitation classics of yesteryear comes this intense and violent heist picture chock full of double crosses and backhanded twists. Written by Daniel Lee Pitcher from a story by director Pann MuruJaiyan, IMPERFECT QUADRANT chronicles the aftermath of a brutal, but successful robbery that leaves several dead bodies in its wake. The team of four robbers copes with the guilt of their actions in their own unique ways. The ringleader, Richard (Troy Coward) is content to move on and leave the past behind with his accomplice girlfriend, Ruby (Katherine Langford). Unfortunately, the guilt is a bit too much to bear for another member of the gang named Lizzy (Dominique Shenton) and she is coerced into keeping her cool by her lesbian lover and the fourth member of this crew Bella (Lisa Athanassio). Emotions run hot and tables are turned. One betrayal leads to another and then it is thief against thief in a perilous struggle between life and death. No matter who comes out of this alive, no one will be left unscathed.

One thing worth noting is that the entire production of IMPERFECT QUADRANT was catered entirely with vegan cuisine, which is quite a new age method for an independent production when most other projects rely on processed meals and fast food to feed their cast and crew. Director Pann MuruJaiyan works from a very progressive state of mind with the belief that the future of filmmaking is in collaboration, and that strong female characters are essential to the evolution of film. He proves this with Katherine Langford's character of Ruby. Ruby is initially presented as just another member of the gang until things reach a fever pitch, forcing her to step up and take control of the situation in a way reminiscent of Sigourney Weaver's turn in 1979's Alien. This depiction proved prophetic due to Langford getting cast in the Netflix series 13 Reasons Why right in the middle of the IMPERFECT QUADRANT shoot back in 2016. If nothing else, this short film is a living snapshot of a star on the rise before her big breakthrough.

IMPERFECT QUADRANT is distributed through Bounty Films and it is a wild tribute to pulpy crime capers of the past. It is now available to stream via Amazon Prime Video in all English, German, Italian and French-speaking countries.

Sharry Flaherty CEO and Founder of Samera Entertainment is a seasoned film producer and Acquisitions Executive for several Film Distribution companies both for Domestic and Foreign sales. Samera consults with filmmakers on their projects during development all the way to post-production. As well as acting as a producers rep to help find the right distribution partnership and/or international sales representation. 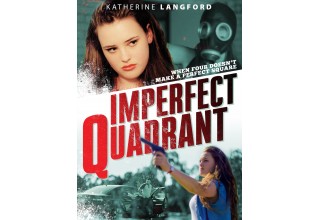 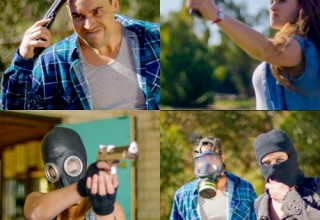 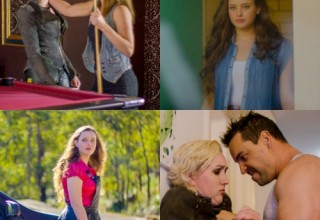