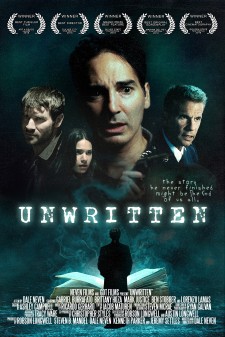 LOS ANGELES, May 21, 2019 (Newswire.com) - ​​​​​​​​An isolated bookstore in the desert serves as the battleground between creator and creation. However, all may not be what it appears in the supernatural thriller UNWRITTEN, a tale of haunted dreams and long-standing regret from the talented writer and director Dale Neven. The film is Neven's feature film debut and is set for release on DVD and VOD May 21.

Award-winning Broadway performer Gabriel Burrafato stars as Albert, a failed writer who has closed himself off from the world. He lives in a used bookstore smack dab in the middle of the Nevada desert, finding solace through classic literature and the companionship of his pet tortoise, Hemingway. But Albert's peaceful existence of solitude is thrown into upheaval when he meets Sherwood (Mark Justice), a mysterious stranger who enters the store one day. After questioning his sanity, soon Albert becomes certain that Sherwood is the materialization of the villain from an old story he never finished writing. And as circumstances, in reality, begin to match up to his unfinished work, Albert realizes that he is the only one who can stop a catastrophe from hitting the world at Sherwood's nefarious hands.

Unfortunately, not everyone is convinced by Albert's outrageous conclusion, especially his estranged daughter, Liv (Brittany Hoza). She believes that years of being holed up in the bookstore have taken their toll on her agoraphobic father. So she connects him with Dr. Tanner (Ben Stobber), a no-nonsense psychologist who pulls out all stops to make Albert realize that his ideas of fiction becoming fact are all a delusion created by his lonely mind. With time running out, it is up to Albert to figure out what is real and what is imagined.

Dale Neven conceived the concept for UNWRITTEN after reading a character bio for the villain from an old science fiction script he wrote as a teenager and wondered what it would be like if the character was actually born. With that germ of an idea, Neven immediately knew he had a story and started building it from the ground up. He had a poster designed, shot a teaser for promotional purposes, and landed Ryan Galvin as cinematographer for the project. Originally Neven was going to only use his own money to fund the film, but when he noticed that producer Jeremy Settles was on the lookout for a script with minimal locations and a small cast, Neven sent him the screenplay and soon thereafter, an investor was attached to the modestly budgeted production. Then, after putting together a Kickstarter campaign for extra costs, UNWRITTEN was up and running with cast members Gabriel Burrafato (Criminal Minds, You're The Worst), Mark Justice (Vice Squad, The Immortal Wars), Brittany Hoza (Annabelle Comes Home), Ben Stobber (Party Bus To Hell, Neon), Abraham Rodriguez (Power Rangers: Beast Morpher), and the legendary Lorenzo Lamas (Falcon Crest, Renegade).

While no newbie to the filmmaking scene, Dale Neven found the jump from short films to features a game changer that catapulted him into a whole new world. The sheer level of decision making and problem-solving was a constant day-to-day ritual that tested the limits of the crew. But throughout everything, everyone stuck together to brave the elements, and after all, was said and done, UNWRITTEN was a wrap. Neven credits his cinematographer Ryan Galvin and his assistant director, co-producer Christopher Styles for helping him make it to the end of the stressful but exciting shoot. Neven also gives a special thanks to his producing team of Kenneth Parker, Jeremy Settles, Steven B. Mandel, and Robinson Longwell, without their help this movie could not have been completed.

After cameras wrapped, it was time for post-production to ramp up. The sound of the film was very important to Neven, and with the help of Adrenaline Studios, they provided a terrific sound design in 5.1 and stereo.

With the release of UNWRITTEN, Dale Neven is ready to focus on future projects. Currently, he is developing a secret passion project of his. A teen sci-fi fantasy with a high concept that can still be produced on a modest budget. And now that his first feature is being released to the public, the future is looking very bright indeed for Dale Neven. So be sure to add UNWRITTEN to this summer's watch-list.

UNWRITTEN is distributed through Random Media and will be out on DVD and Digital May 21. To find out even more about this suspenseful film drop by the website at unwrittenmovie.com. 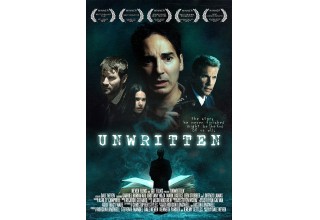 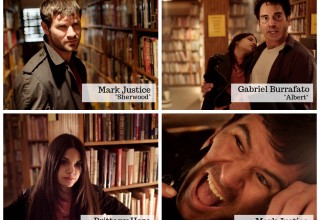 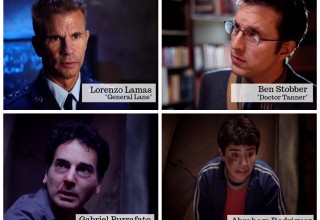