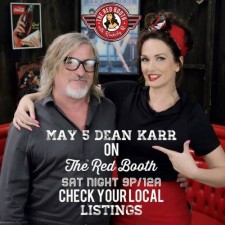 LOS ANGELES, May 4, 2018 (Newswire.com) - This Saturday night, May 5th, world-renowned commercial and music video director Dean Karr takes a seat in THE RED BOOTH with hostess Kimberly Q. THE RED BOOTH is a nationally broadcast talk show that airs every Saturday night on Youtoo America, and can also be streamed on Apple TV, Roku, Amazon Prime, and YouTube.

This weekend we have legendary music video director Dean Karr. He will talk with pinup hostess Kimberly Q about his numerous accomplishments. Karr’s done it all with some of the biggest names in the business, from Ozzy Osborne, Queens of the Stone Age, Korn, Marilyn Manson, Velvet Revolver, to The Dave Matthews Band, CeeLo Green, Fleetwood Mac, and so many more.

After this week’s episode, be sure to tune back every Saturday night for THE RED BOOTH. Throughout the month of May, Kimberly will interview Oscar-winning SFX master Todd Tucker (Bram Stoker’s Dracula, Mrs. Doubtfire), guitarist Jay Gore (who has toured with big names like Lauren Hill, Michael McDonald, Michael Bolton, and more), and Kimberly will also sit with the host of YouToo’s Macabre Theater, Ivonna Cadaver.

THE RED BOOTH is created and produced by Pinup style host Kimberly Quigley. She interviews entertainment industry professionals such as actors, directors, singers, musicians and more. Its tag-line, Diner Booth Diaries can be found across social media and with nearly 200 episodes. With its Vintage Americana-style flair, it’s a fun look into the history of many well-known stars of today and tomorrow. 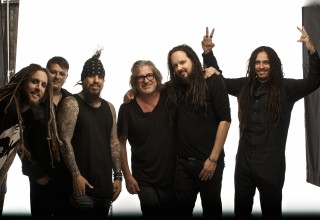 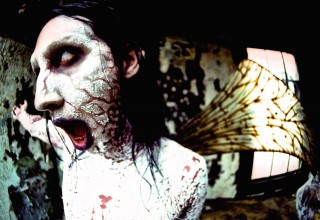 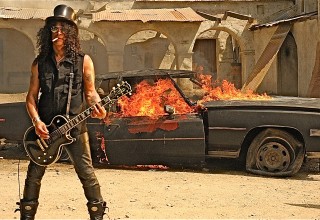 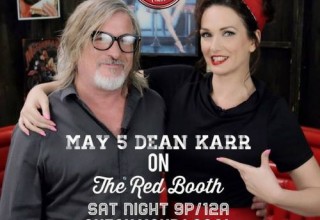