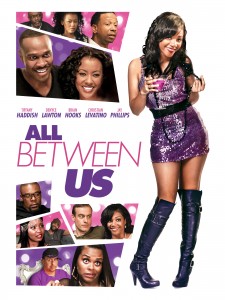 Samera Entertainment and Lakeside Pictures, in partnership with Vision Films are proud to present the release of this hilarious new comedy!

LOS ANGELES, May 15, 2018 (Newswire.com) - Brian Hooks made his mark on the comedy scene in the late 1990s as Nick Delaney on the UPN sitcom “Eve”, and with lead roles in cult classics like “Phat Beach”, and “3 Strikes”. Since then, Hooks has kept up the hustle with a string of roles throughout his career, and is making his mark once again in 2018 with “All Between Us”, an upscale urban romantic comedy where emotions run high, and no topic is off limits, coming to DVD and digital on June 5, 2018.

Directed by Jamie Jones and written by Ev Duran, “All Between Us” stars Brian Hooks as Ray, who is newly engaged to Clara (Denyce Lawton, “House of Payne”). Ray and Clara plan a dinner party to make a big announcement to all their friends and family. Unfortunately, the night turns into a complete disaster after secrets are exposed and old wounds are ripped open. With all this drama going down, everyone will be changed by the end of this meal.

The film also features breakout star of “Girls Trip”, Tiffany Haddish as Meshawn, Clara’s best friend. She brings the sass and keeps it real as the night gets further out of control. Haddish’s character offers a wildcard balance to the intense emotions fueling the increasingly volatile dynamic among the rest of the cast, an essential element to keep the comedy and the drama well timed and on point.

“All Between Us” is produced by Darien Smith, Brad Hakala, Marvin Adams, Sharry Flaherty, and Bay Area hip-hop legend, Mike Mosley, and it is being distributed by Vision Films.

This uproarious rom-com also stars Jay Phillips (“Semi Pro”), Christian Levatino (“The Last Samurai”), Tabitha Brown (“I’m Still Here”), and Esau McGraw (“Idlewild”). It will be available on multiple Video On Demand platforms June 5, and you can also purchase the DVD at Walmart, or pre-order it on Amazon. The soundtrack featuring: A.D. On the Track, Trina B, and multi-platinum R&B artist Donell Jones will also be available on iTunes, and other digital music outlets the same day.

Don’t miss your chance to check out “All Between Us” as soon as it hits. 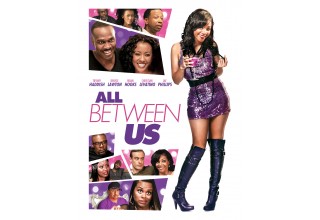 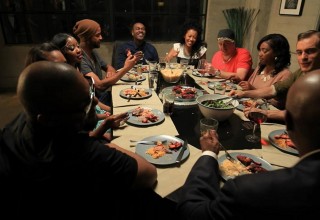 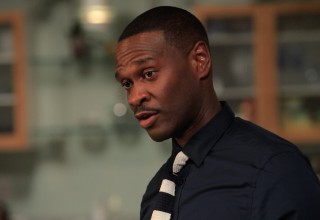 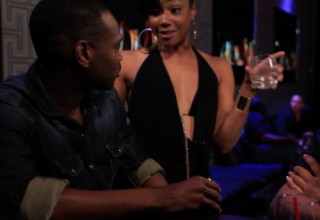